Even though emojis have taken over the world of texting messages, we still cannot get over the typed emoticon. And shrug emoji has to be our favorite! 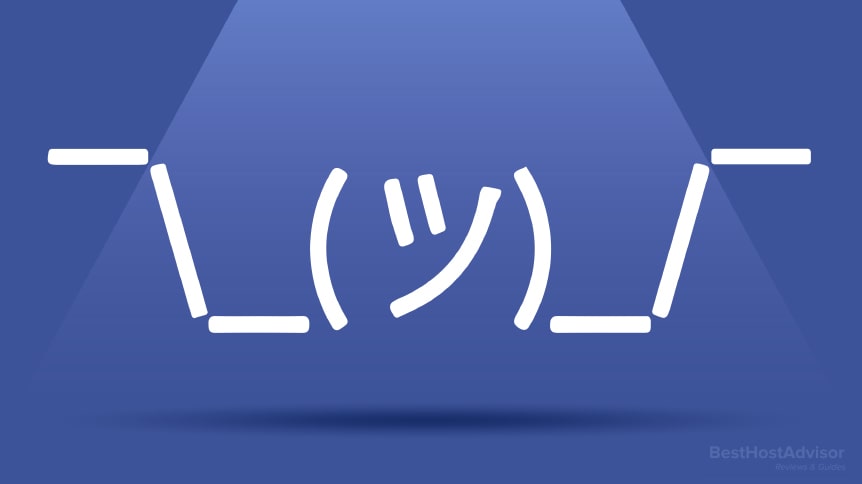 Emoticons and specifically the typed shrug emoji is a Japanese-style emoticon, also known as the Kaomoji. This style of emoticons uses elements from the Katakana Script in Japanese.

Today, the majority, if not all, keyboards are qwerty style. With these keyboards sometimes it’s easier to use the graphical emojis than type emoticons. But if you are still a fan of the typed shrug emoticon, we’ve got your back.

In this article, we will tell you how you can make use of the qwerty keyboard on various platforms and still manage to create the typed emoticon that everyone loves quickly!

Before we can actually learn to type the shrug emoji, lets first understand what it really means. If you don’t understand the meaning of the shrug typed emoticon, you will not be able to appropriately use it. So, what does it mean?

The shrug is a visual representation of an individual, such as the one who is using the emoji. It represents two possibilities; a state of carelessness where the person does not care about a situation or its consequence. Meanwhile, the emoji also means that the person using it is unaware of or has no knowledge of a particular topic being discussed. It all depends on the context and the situation it is being used in!

History of the Shrug Emoji?

An emoji that is so widely and frequently used today must have some deep roots and rich history behind it. An emoji taking over the internet like this and becoming a universal language originates from the Japanese emoticons which are also called the Kaomoji.

The Katakana is a form of script in Japanese, that widely uses the same elements that we find in a shrug emoticon. However, in the world of internet and memes, the emoticon became widely popular and used by people on twitter and Facebook after the Kanye-scandal.

Kanye shot down Taylor Swift, going in favor of Beyoncé by making a very similar gesture to the emoticon with stretched out arms and shrugged shoulders. This took place in 2010 and has ever since been an essential part of the internet culture!

How to Type the Shrug Emoji on iPhone, Android, Mac & PC

With so much versatility in technology today, there is not one universal or standard platform that everyone uses. Today, from smartphones to tablets and computing, we have multiple kinds of software, that most commonly include MAC OS, Windows, iOS, and Androids.

Therefore, each of these software varies from one another and have some important variations that affect the user interface. So, typing the shrug is different in all these platforms. Read ahead to find out how to type shrug emoji on the software or mobile operating system you are using.

How To Use Shrug Emoji on a Mac (OS X)

Windows do not have a built-in feature for auto-correcting spellings. Therefore, you cannot replace any keys or characters with a shrug emoji automatically. However, you can still use some free downloadable programs such as PhraseExpress to use the shrugging emoticon on your Windows or PC.

iPhone Users Can Also Use the Shrug Emoji

For iPhone users, you can use the shrugging emoji by following (if you have an iPhone and a MAC, you can sync keyboard preferences and get started with it quickly):

How To Use It On Android Phones

Now that you have learned how to type the shrug emoji ¯\_(ツ)_/¯ on every platform go ahead and be cute and creative in all your next tweets and Facebook posts. Get in line with the trends by using a Japanese-originating emoticon that has taken the internet by storm!

Jeremy Kendell
Jeremy joined the BestHostAdvisor team right from the beginning as skilled tech writer. He has experience in successfully implementing PR strategies and organization, including events and meetings. Before joining our project he was reporting on tech news and all aspects of the web developing industry. Jeremy is outgoing, optimistic and has a great personality. He delivers top-notch content with a unique view on usual things.
Comments Form
2 comments for How to Type the Shrug Emoji ¯\_(ツ)_/¯ [The Quickest & Easiest Way Possible]

Looking gorgeous in this Saree, nice blogging, I just browsed some Kurtis shrug on Go through it people.

When you purchase a service or a product through our links, we sometimes earn a commission.
Read more